The Berkshire Country Store team knows what it’s like to live in a small community (after all we grew up here) and we work tirelessly to make country living, which we all love, just a little bit easier on everyone.

We carry a large variety of goods that we hope makes living in the Northwest Corner of Connecticut a little better. We are always open to feedback and some of our most popular items come from the community, so feel free to share your thoughts with us here! We are passionate about making the Berkshire Country Store a place that meets YOUR needs.

As featured on FOX 61

We're proud to be the "Cheers of Norfolk!" Watch the full video. 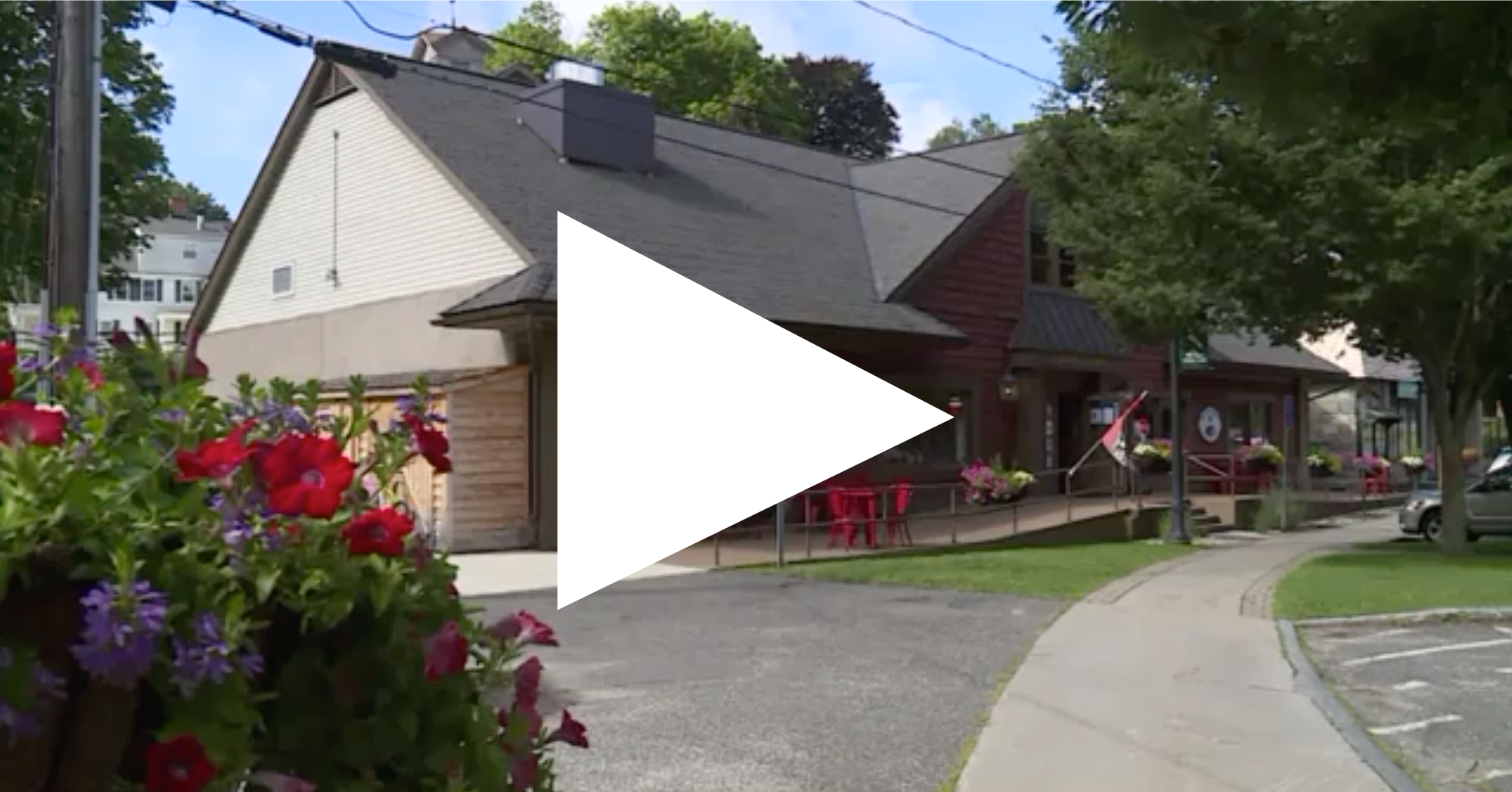 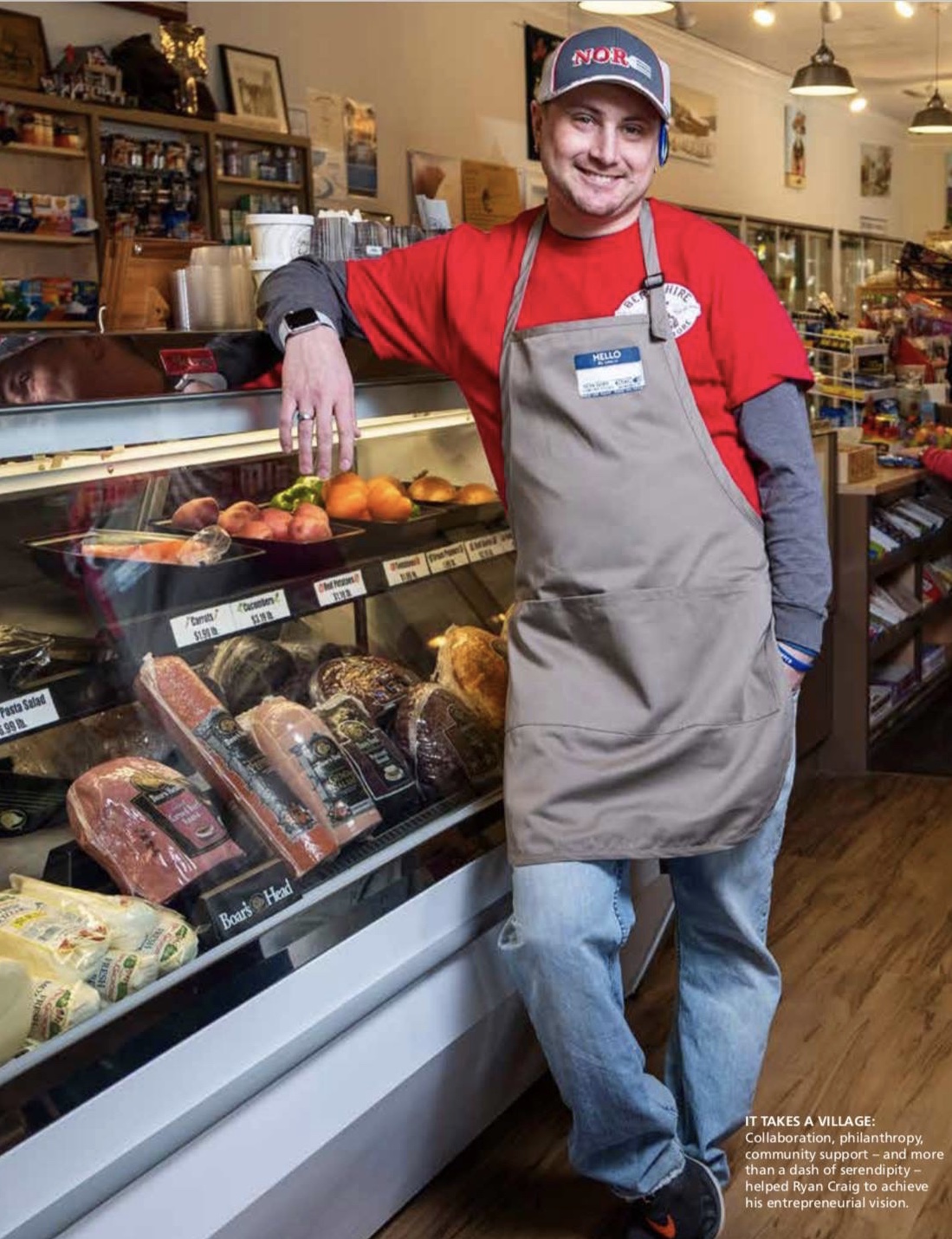 Fun Fact – Ryan has climbed Mt. Washington 4 times to the summit and loves the great outdoors (minus the ticks). He is a big technology nerd and has even started his own technology consulting company in his “spare” time. He grew up on an organic vegetable farm in Goshen and is proud to call the Northwest Corner of CT home.

Owner and Master of Puns aka The Punmaster

His genuine passion for customer service, socializing and helping people makes him a natural fit for his role as purveyor of all things convenient. He feels so lucky and proud to work alongside his team members, who demonstrate daily what it means to provide excellent customer service. While he is happy to take the credit for overseeing a successful, community-focused establishment, he will certainly tell you that it is his employees who make the wheels on the bus go round and round.

He loves spending time at the store working to improve the business and interacting with his customers, though his tremendous fiancé, Natasha and stepdaughter, Gianna (aka Sqiggles) are a constant reminder that there is more to life than work (after all, he left the corporate world for a reason) and he enjoys spending every free minute in their company. 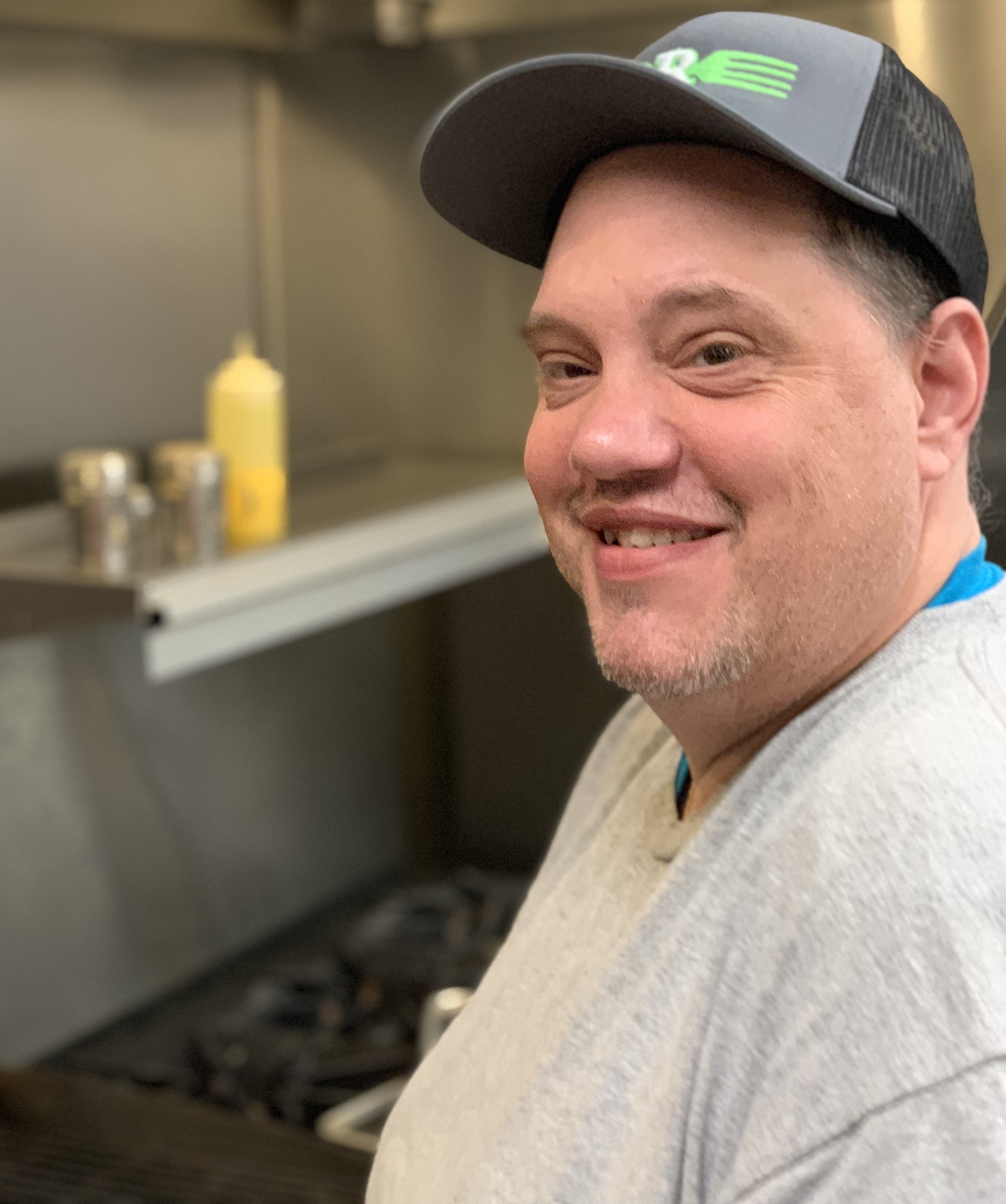 Fun Fact: All of the Berkshire Country Store’s soups & Big Al’s Chili are made in house by none other than Al the magnificent. If you ask Al what his favorite soup is, he is quick to point out that he doesn’t like soup, but that’s okay…more for us! He does however enjoy our Beauty & the Beef lunch wrap. (It’s a love story about a man and his lunch). Who doesn’t love a happy ending?

Allen is the Berkshire Country Store’s longest standing employee (literally, he never sits.) He is also the only current employee to have worked at our previous location in West Cornwall, CT. He is a proud father of 4 children and grandfather to 4.

Before coming to work at the Berkshire Country Store, Allen worked at Geer Nursing and Rehab in Canaan, CT for 25 years. He spent the first 5 years as a dietary aide before transitioning to the kitchen where he stayed for the duration of his career.

He is an avid sports fan and he loves to cook (even after a full day of cooking for all of us.) In his spare time he enjoys the outdoors and traveling. He also collects baseball cards and enjoys spending time with family and friends. (We enjoy spending time with him too!)

The story of John O’ The Woods

Who the heck is this guy? 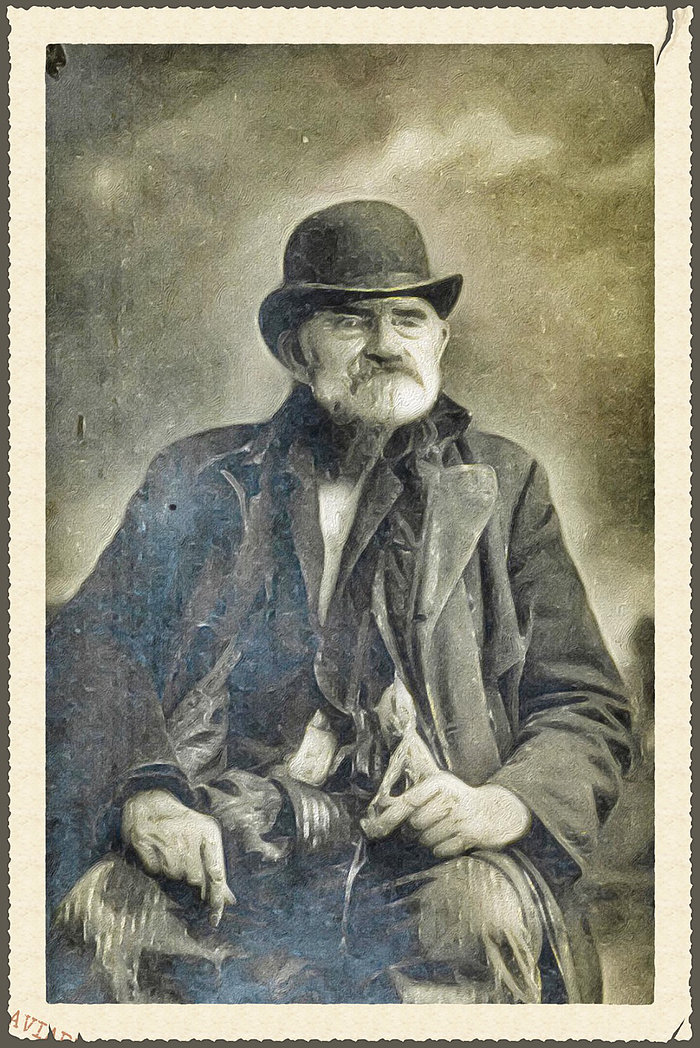 They called him John O’ the Woods. No one, it seems, knew his real name or where he called home. Yet he became one of the most colorful and beloved characters in nineteenth-century Northwest Connecticut. John was a wanderer. Dubbed one of the true “knights of the road” by local villagers, he showed up in Norfolk (or, as he’d say, NorFORK) on a seemingly regular basis seeking the generosity and hospitality of the town—particularly the good food and conviviality to be found at the Berkshire Country Store.

An entertaining conversationalist, John could often be found in his favorite window seat in the Berkshire establishment’s popular “readin’, restin’ and relaxin’ corner” perusing the latest issue of Norfolk Now and spinning tales of, shall we say, questionable reliability, as fellow travelers and Norfolkians alike listened intently. He was, so he claimed, the sole survivor of Norfolk’s dark and ancient past and the only living witness to the “true facts.” Not surprisingly, the hero of his oft’ told “true” stories was usually none other than… John O’ the Woods!

One of the most oft’ told was the history of Norfolk’s Greenwoods Theater (now Infinity Hall). According to John, the hall was put up for the main purpose of presenting to all of Connecticut his self-proclaimed “virchi-osity” on the old and rare three-string catgut fiddle. Such delight it brought the townsfolk when John lit into a rousing chorus of Stars and Stripes Forever. Oddly, no one can recall ever hearing John play anything but the Sousa tune-over and over and over. Stars and Strips Forever and ever.

Another so-called true tale told of John’s close friendship (“Like brothers, we were”) with the world famous Mark Twain, who in those days visited Norfolk every summer and spent a fair amount of time at the Berkshire Country Store enjoying strong coffee and good cigars. According to John, Twain’s best-selling collection of Mississippi River stories was, in fact, “borrowed” from his own “Life on the Blackberry.” Who knew!

Well, there are just too many legends to tell you here but let it be remembered that, for John, Norfolk was the home he never had and the Berkshire Country Store the refuge from reality that sustained him. Indeed, our sleepy little town never failed to give John “what he wanted” and “what he needed.” And to this very day, that’s the Berkshire Country Store’s promise to you.

Above story, not so much.

Always make a point to stop by when visiting the area. Savory breakfast and lunch sandwiches. The grill cooks up b’fast items with fresh eggs and crispy bacon. Lunch sandwiches have a healthy amount of meat with good bread. Five stars for this friendly little gem.

Berkshire has great food with a friendly atmosphere. They have a great selection of breakfast and lunch items, plus gluten-free rolls and bread. They also have a selection of fresh baked goods from a local bakery, plus other interesting local items for sale.

The Berkshire Country Store is a great choice for a coffee or sandwich in the adorable Berkshires foothills town of Norfolk, CT. Located just off Route 44 in Norfolk Center, the store has tasty sandwiches and soups, an excellent selection of coffees and a friendly staff waiting to serve you. 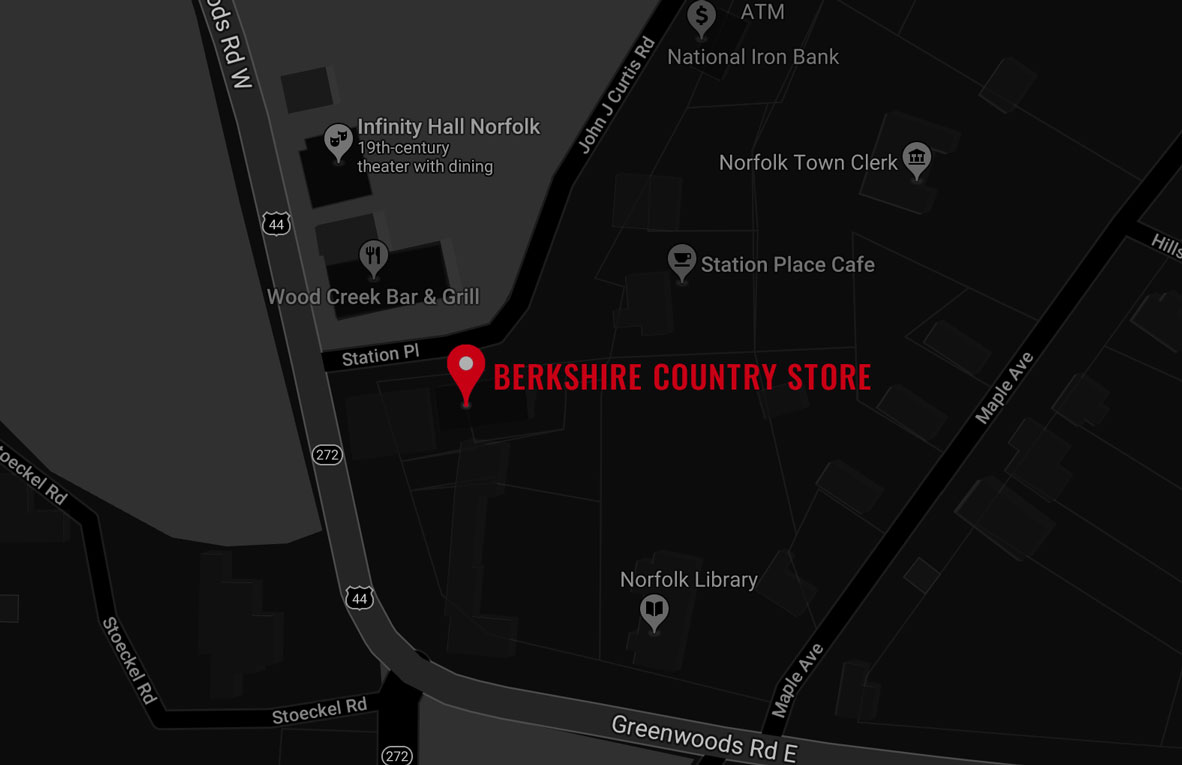 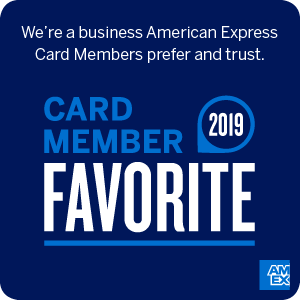 Located in the center of Norfolk, CT 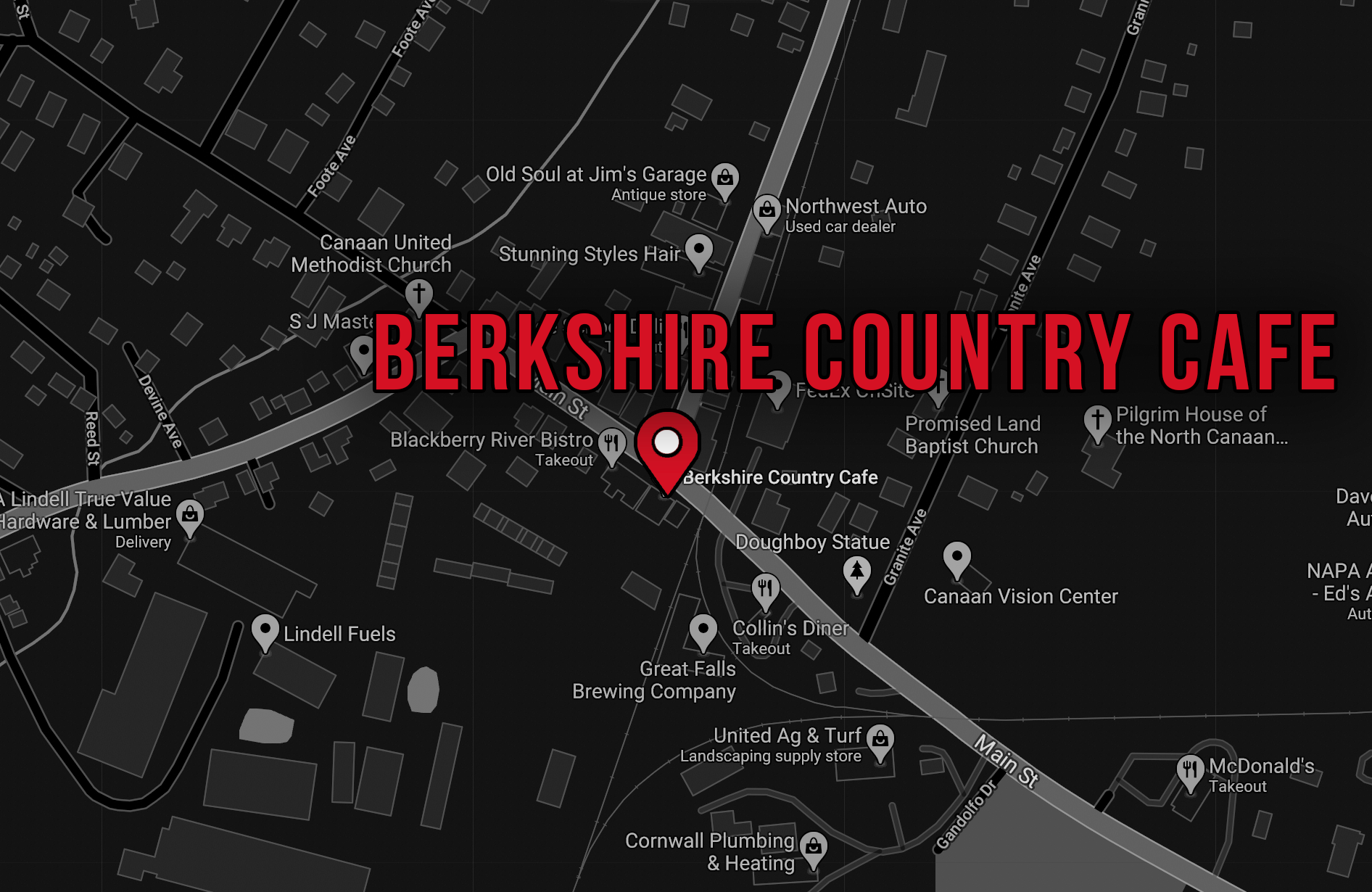